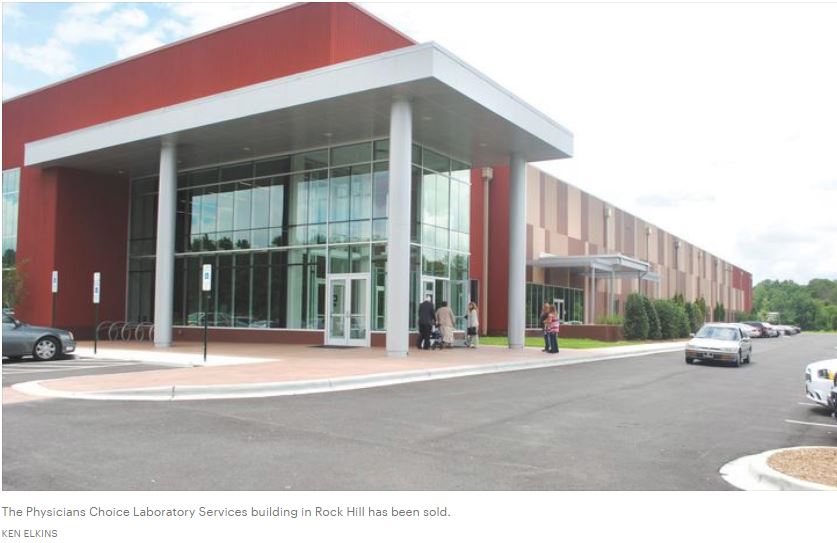 The Indian Land-based international tire company has bought a building in Riverwalk Business Park that once housed a defunct medical laboratory company.

Continental Tire Americas, the American headquarters to the German company, paid $6.25 million for the 104,000-square-foot building in July, according to York County tax records.

The building has been empty since late 2016, when Physicians Choice Laboratory Services went out of business and closed its doors. PCLS, at its busiest, employed about 450 workers processing a variety of laboratory tests for drug screenings, toxicology and genetics.

Mark Mather, CEO of Riverwalk, confirms the sale and says he believes that Continental Tire is already occupying the space with a research and development department.

Details of how Continental Tire is using the building haven’t been disclosed. A call to the Indian Land office on Monday wasn’t immediately returned.

Continental Tire has approximately 450 employees at its McMillan Park building, near Fort Mill. That facility, which measures about 90,000 square feet, has been expanded at least once to allow room for a growing workforce.

Continental Tire moved from Charlotte to McMillan Business Park in 2009, after halting production at its local tire plant in 2006 during a labor dispute. Now managers and other employees at the headquarters oversee tire-production facilities in North and South America.
View Full Site